Washington DC's Department of Health (DOH) has one of the highest 311 call rates for rat complaints in the United States. An increase in citizen's outdoor activities compounded by mild temperatures supported the increase in rat sightings in and around Washington DC.

According to the Washington Post, the growing number of restaurants in DC over the past few years has not helped either, as food has become more readily available, allowing rodents to thrive. Typically, in a city like DC where population growth is at an all-time high, more food sources generally lead to increased food waste.

High rat populations can lead to increased spread of disease or other public health problems that plague many cities today. In order to combat this growing problem, DOH deploys an integrated pest management (IPM) program using a range of lethal and non-lethal methods to control rat activity; however, these efforts have not yielded the desired results. The Washington DC ContraPest® program began in December 2018. The goal of the program was to determine the effectiveness of ContraPest at reducing the number of juvenile rats over time by reducing fertility, which simultaneously lowers the growth of the population.

The program was tested at 13 locations through DC with 139 total bait stations. ContraPest was deployed as part of an Integrated Pest Management (IPM) approach at all 13 locations.

Two locations, Site A and Site B, were monitored closely for 12 months to measure changes in rat population during treatment.

Site A consisted of approximately 1/4 mile alley with nearby residential and commercial buildings. Trash, including food refuse, is abundant, allowing rats to flourish. Three ContraPest bait stations were deployed in this location.

Site B consisted of approximately 1/4 mile alley that is bordered on both sides entirely by residential properties. There was an abundance of food sources in the form of trash cans and food provided by residents for birds and feral cats. Eight ContraPest bait stations were deployed in this location.

ContraPest consumption was monitored by DOH and reported to SenesTech. Due to challenges associated with COVID-19, consumption data was provided when possible.

Camera surveys were utilized to monitor changes in rat activity and estimate a reduction in the number of juveniles over time. Population monitoring began at both sites in November 2019 after the implementation of ContraPest by DOH.

One infrared motion sensor camera was placed at each site in an area of high rodent activity. Cameras were secured to a permanent structure at each site; positioned towards the ground at a height of less than or equal to 1 meter.

If ContraPest deployment had a measurable effect on the rat populations at a given location, the expected results would show a decline in the number of juveniles as fertility is reduced.

To demonstrate this, images that contained the full body of the rat were classified as either an adult or juvenile rat by measuring the body length. Body lengths were calculated using Image J software (NIH) by measuring the length of the rat from the tip of the nose to the base of the tail. The average nose-to-body length of an adult Norway rat is 175 mm or greater, while juveniles are less than 175 mm.

For Site B, a total of 1,626 photos were analyzed for rat activity during the study. Total rat activity declined 99% with ContraPest deployment.

The decline in total rat activity is caused by a significant reduction in rat births. Juvenile rats measured in the photos declined 98% in Site A, and 100% in Site B over the course of the study.

Contrapest successfully decreased the population of rats at two sites in Washington DC by reducing the number of rat births and enhancing the overall effectiveness of the existing rat control program. ContraPest is a proven solution that targets the reproductive capabilities of Norway and Roof rats. By reducing reproduction, ContraPest can be the anchor to your Integrated Pest Management (IPM) and magnify the success of your IPM methodologies.

Miche Pest Control is a top rated, family owned and operated pest control company that provides rodent control services for homes and businesses in Washington DC, Maryland & Northern Virginia. Our expert technicians get rid of rodent infestations fast, and use preventative methods to keep rodents from coming back after they've been eliminated. Miche Pest Control has a 4.9 star rating and over 1,000 reviews online - fill out the form below to request a quote, or give us a call today! 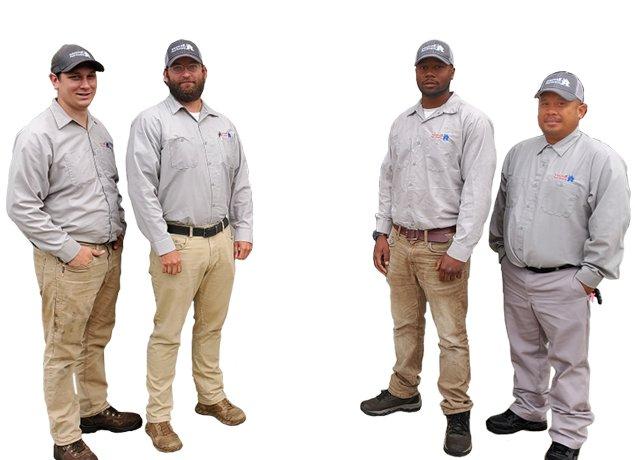